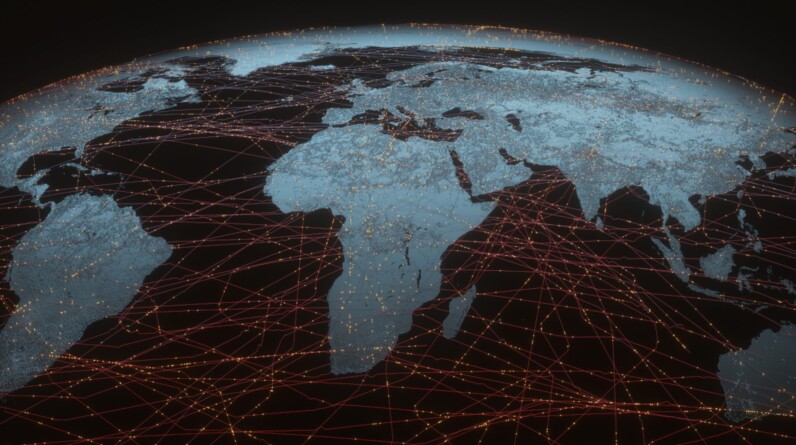 Sites load fast regardless of geographical location thanks to CDNs, or content distribution networks. These networks of servers duplicate data across the globe to make websites available without delay no matter where you are.

If you have an idea of how the internet works, you may wonder why sites hosted on servers far away from you load just as quickly as those hosted near you. After all, it stands to reason that a site in Australia would load slower for people in the States than a US-based site would. So why doesn’t it?

In the Web 1.0 era, it often was the case that websites in other parts of the world were just slower. it wasn’t always too bad, but you could definitely tell it took a few seconds longer if you were in Europe checking out hotel bookings in India or the site of a museum in Canada. If a site was under heavy load, you could wait for 10 or even 20 seconds, at times.

This was because the information you were sending and receiving had to travel longer, thus delaying your connection. You could even replicate this experience right now by using a VPN. These services reroute your connection to anywhere in the world, and badly slow down your speeds while doing so.

There’s very little you can do about this. Though data may seem intangible, it’s a very real thing and just like light or sound needs time to get from one place to another. By connecting to a server on the other side of the world, you’re increasing the latency of the connection (the time it takes a server to respond) besides reducing speed.

However, that doesn’t explain why nowadays, outside of VPNs, it’s extremely rare for you to come across this issue. Australian sites are still on the other side of the world if you’re in the US, but if you wanted to visit the site for an Australian airline like Qantas it loads as fast as any other site.