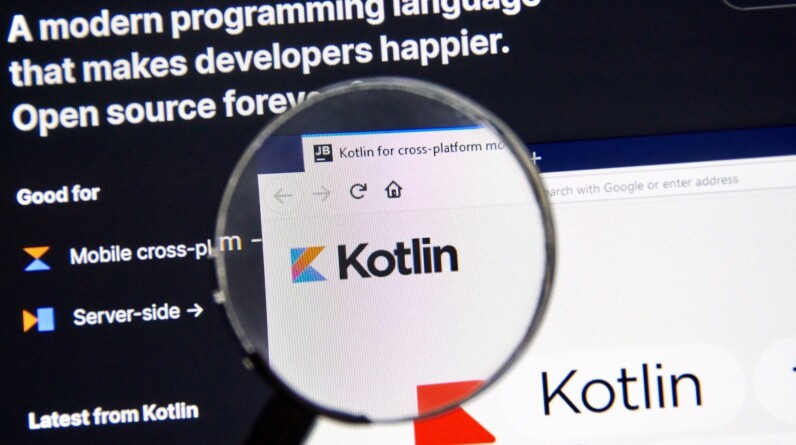 Want to know more about Kotlin? Here’s a few pointers to steer you in the right direction in getting to grips with the programming language.

According to the website of programming language Kotlin, it makes developers happier. While that claim may be difficult enough to substantiate, there’s no doubt that Kotlin is pretty popular.

The general-purpose language first appeared on the scene 11 years ago. It was developed by JetBrains along with open source contributors.

If you’ve never heard of Kotlin and you want to find out a little bit more about it and where to start learning it, here is a brief guide to it.

Kotlin is one of the most popular JVM languages aside from Java, that is.

The fact that Kotlin is interoperable with Java makes it a great language to familiarise yourself with if you use Java a lot. If you know Java already, you’ll more than likely pick up Kotlin fairly easily as the two are quite similar.

Developers who know both can use codes from either Java or Kotlin in the same project.

Kotlin is, strictly speaking, a general purpose language, but it is mostly used for Android app development.

A large reason why Kotlin has become so popular over the past few years is it has been noticed by Google.

In fact, Google said in 2017 that it would support Kotlin for Android development over its better-known counterpart, Java.

Lots of Android apps have been developed using Kotlin, such as Google, Pinterest, Slack, Netflix, N26, Airbnb and Tinder. Kotlin also works well on other platforms like iOS, Linux and Windows.

For complete beginners, Hackr.io recommends that you be able to do certain tasks before you attempt to learn Kotlin.

You should have a basic knowledge of computers; the ability to install and manage multiple software on a computer system; familiarity with Android and iOS for mobile app development; and a basic understanding of back-end and web…