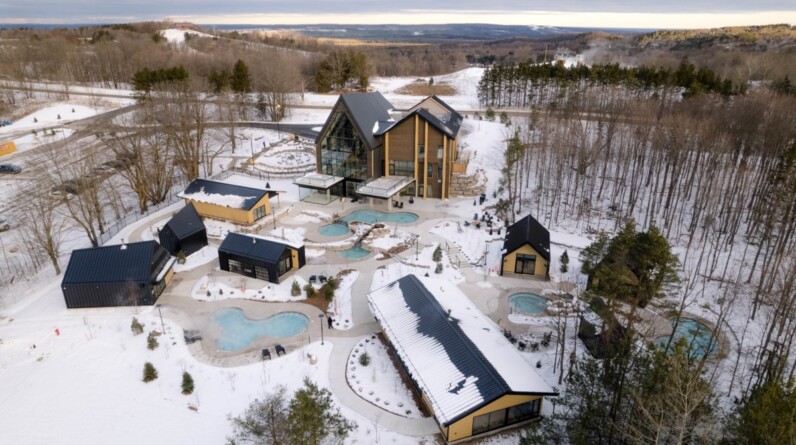 According to court documents, three separate lawsuits have been filed against Vetta Nordic Spa and its owner, Eric Harkonen

Editor’s Note: This article has been updated after it was originally published.

An upscale Oro-Medonte spa is facing lawsuits from two companies that total more than $4 million, according to court documents.

Vetta Spa has yet to file a statement of defence for the largest of three lawsuits that have been filed.

Vetta opened in January 2022 with the offer of a traditional Finnish spa experience featuring massages, saunas, hydrotherapy cycle of heat, cold and relaxation, along with a Finnish-inspired restaurant or in-spa bistro.

But a year into its existence, BarrieToday has obtained court documents that show the Horseshoe Valley retreat is facing lawsuits from contractors and partners.

On July 7, 2022, Net Gain SEO Inc. filed a statement of claim against Vetta Spa and Eric Harkonen (founder and president of Vetta Spa) for more than $4 million for breach of contract, “damages for unjust enrichment and breach of its security system and theft of intellectual property.”

As of Friday, Vetta Spa had yet to file a statement of defence. Court paperwork shows the company had 20 days from the date it was served to respond.

Net Gain offers search-engine optimization and web development services and claims that on or around March 1, 2019, Harkonen, on behalf of Vetta, agreed to retain Net Gain to provide web and digital marketing services as Vetta prepared to open its spa facility, located on Line 3 North.

The statement of claim says when COVID-19 began, there were subsequent delays in construction, which lengthened the…