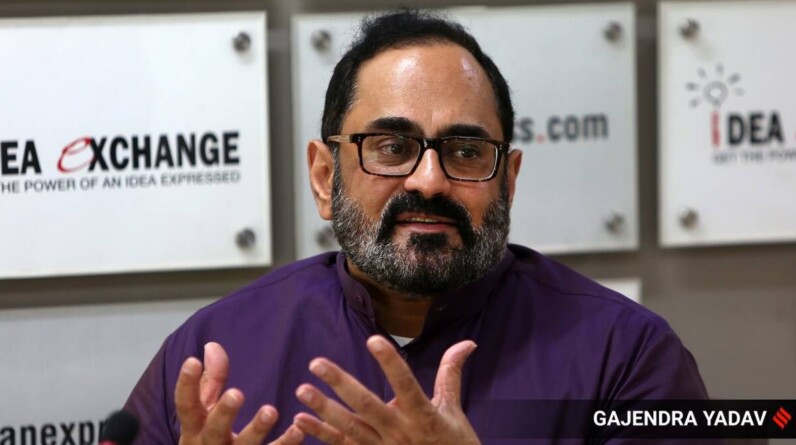 The Ministry of Electronics and IT (MeitY) will hold a “separate” consultation with stakeholders in February on its latest proposal to empower the Press Information Bureau (PIB) to police “fake news” on social media platforms and other digital services, Minister of State for Electronics and IT Rajeev Chandrasekhar said Tuesday.

The measure, proposed under the latest changes to the Information Technology Rules, 2021, has drawn criticism from a wide range of stakeholders, including from civil society organisations to associations representing media companies and journalists.

“We will hold a separate consultation (on PIB fact check) sometime early next month,” Chandrasekhar said when asked about clarification on the proposed amendment to the IT rules 2021.

Last week, MeitY proposed that any piece of news that has been identified as “fake” by the fact-checking unit of PIB– the Centre’s nodal agency to share news updates – will not be allowed on online intermediaries, including social media platforms like Facebook, YouTube and Twitter.

The proposal on “fake” news inserted as a postscript to the rules on online gaming further says that content that has been marked as misleading by “any other agency authorised by the government for fact-checking” or “in respect of any business of the Centre” will not be allowed on online intermediaries.

The requirement has been added under due diligence requirements that intermediaries need to follow to enjoy safe harbour, which is legal immunity from third-party content they host. Intermediaries essentially allow users to access services on the internet, and the proposed changes to the rules mean that not just social media platforms but internet service providers and web hosting providers – who are all classified as intermediaries currently – will have to follow the rules if notified with this provision.

Criticising the proposal,the Editors Guild of India in a statement said that the…