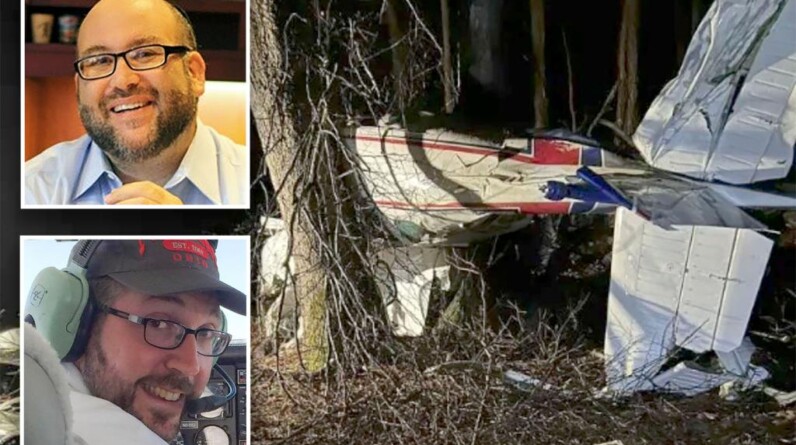 Dramatic audio captured the final frantic minutes aboard a small plane that crashed in Westchester County, New York, as the pilot declared an emergency after developing engine trouble — and chillingly said, “I can’t see a thing up here.”

Pilot Boruch Taub and his passenger, Benjamin Chafetz, were killed when the single-engine Beechcraft A36 crashed about 1.5 miles from the Westchester County Airport on Thursday.

The Cleveland residents were heading from JFK Airport to the Cuyahoga County Airport in Richmond Heights, Ohio, when the pilot reported engine trouble at about 5 p.m.

The nearly nine-minute recording reviewed by The Post from LiveATC.net reveals how quickly the flight deteriorated — beginning when the plane was flying at 3,700 feet and climbing to 8,000 and heading north.

Pilot Boruch Taub declared an emergency after reporting that the single-engine Beechcraft A36 had a broken cylinder and was losing oil pressure.Yeshiva World News

The Beechcraft A36 was headed from JFK Airport to the Cuyahoga County Airport in Ohio before it crashed a short distance from Westchester County Airport.Chopper2/CBS New York

It took the plane 19 minutes to reach 6,000 feet, according to data from flight-tracking site FlightAware.

“All right, I’m just not getting the performance we were expecting and I’m not certain why,” Taub says. “I can’t understand why. We’re climbing at about 200 feet per minute, so 8,000 would take a long time.”

The pilot complains about the lack of “vertical speed” and then tells the controller that he has identified the problem as a “dead cylinder” in the Lycoming six-cylinder engine.

“So we would like to go to Westchester,” he says.

“Are you declaring an…